“We should at least have a measuring tape. A 15 centimeter scale just shows how raw we are.” said Jomy as we stood near a dilapidated cycle in our hostel bicycle parking space. A space which had endless age old rusty bicycles increasing in number with passing college batches, bending to the left, leaning on each other and gathering stories. The space always intrigued me. The space which had no space, the space which had an eerie sense of reptilian habitat, the space which had cycles. Jomy and I were standing near a relatively isolated cycle, with a clothesline rope and a 15 centimeter scale wanting to measure the dimensions of a cycle. We were a week and a half away from the deadline of the International Bicycle Design Competition – which is an annual event conducted by Taiwan to attract beautiful innovations and designs. Jomy, a hardcore transportation design enthusiast and I, an aspiring interactive product designer, got a common ground to work on; a perfect transportation product, and hence, we decided to pick this up as a side project.

It was 1:00 AM while we sat on the sofa of my living room, sketching frames. With his eyes glued to the Liverpool match and hands working with the pencil and paper, his mouth preached “Don’t think so much about feasibility. Just sketch quickly. This is doodling, and you’re supposed to finish off 20 frames in 5 minutes”. With complete disregard to his advice, I carried on with my carefully calculated lines fueled by my inferiority complex of the inability to sketch, trying to visually balance proportions and imagining a beautiful three dimensional version of the lines I made. At the end of two hours, we had a hundred cycle frame doodles. A mix of the imaginative and calculative. A mix of the fluidic and linear. A mix of the contemporary and retro. I understood that collaboration was not just another business terminology; rather, it was a thought that had parallel intuitions with the same motive. A thought that could create alloys without necessarily defining the elements that went into it. A thought that could breathe. A contemporary-retro cycle it was. We picked out some photographs from the internet which we thought could guide us in the making of the frame. We created a splendid mood board. We called it Mod Passe. Mod implying modern and Passe meaning something that had passed by.­

I’m 23 now. I really sympathize with the children who missed out on the quality of childhood we had back in the 90s. I guess this sympathy runs successively through generations but there was a spike in it because of the digital age. An age where children took to their parents’ (if not their own) tablets and gaming consoles to rediscover fun within the walls of the house, a kind of fun which wouldn’t make them run and sweat and team up. We decided to target the cycle for an urban youth so that our design could seep into their reflective thinking system. We all know that using a cycle is more eco-friendly, more healthy and probably more joyful; and yet, we opt to use a car or a motorbike for traveling short distances. So our reflective thinking – a product of our upbringing and environment, has yet not adopted to seeing the cycle for traveling as a good option. But on the contrary, has forgotten. Bridging theory and practice is what design has been doing for centuries, so why couldn’t we? If the urban youth used it because they loved it, the usage of cycles could eventually seep down to the ones I sympathize with and enter our society’s reflective thinking. We called a bunch of students near our hostel room and asked them to tell us which frame was appealing to them. Many were pointed out. All bogus. So we went against the textbook, and selected the frame we liked most and wanted to develop. We sat through our morning Community Psychology class, the same class which taught me what reflective thinking is, and we kept sketching the frame in various angles for us to understand and feel it better.  For converting this feel into a more feasible mold, we had to construct the cycle within a graph sheet with set dimension standards through drafting.

A year back, a visiting professor had once mentioned in class that what actually defines any entity and makes it aesthetically appealing are details. Elemental details. When someone would see your design and feel delighted without knowing why, your details would have played the most crucial role. What should the handlebars be like? The material of the mud guards, the shape of the pedals, the color of the chain and many more questions came floating across in our minds; but we didn’t verbally express. We got to thinking and observing. Understanding details came from two things – discerning design and discerning a rider’s experience. Understanding design was by looking through and studying the evolution of cycles and its components. Websites, blogs and advertisement posters along with our dearest mood board played their parts in helping us know what we wanted and how we wanted them to look like. Collaboration was breathing.

But what made a difference is what a rider expected. A sweetheart of mine always wanted to cycle in tandem across a countryside with tulips, barns, a seaside and/or a windmill. A very vivid Dutch touch to it. It was the feeling of joy, the feeling of unquestioned submission and the feeling of having hope is what she aspired for. The bicycle was her instrument. I wanted to design that instrument.

Three days to deadline. We listed down the parts to be made on a whiteboard. I put two sets of artists on the playlist. Bonobo and Radiohead. Switched on my dim orange table lamp. We had our SolidWorks open. Jomy started with the main frame and I started with the wheels. Three days to deadline and collaboration was breathing faster. In three days, we slept only 6 hours, and spent rest of the time making the model, assigning materials, rendering and having a lot tea and coffee. We always skipped lunch and got some dinner. On the third day, we were depleted of energy but collaboration was still breathing. I was in a trance. A Punch Up at a Wedding by Radiohead and Super 8 by Bonobo took me to a whole new world where I was just fulfilling my destiny. I can say this only through retrospection of course; as for that moment, an unknown energy source kept me going. Jomy put all the model parts he made in a pendrive and handed it over. I merged them with mine. Slowly. With as much precision as the software and my mind allowed.

We had a cycle. A breathing cycle. A cycle that resembled a low-rider, with beautiful retro elements and a very unique chain-guard. A leather saddle seat, curvy chrome handlebars and a really hot front light. Its mainframe housed a SASER-tech enabled speaker system that enabled only its rider to listen to music without disturbing the environment with his/her possibly trashy taste. At the same time he/she is more aware of the surroundings as opposed to while using earphones. We had Mod Passe. A breathing outcome of a breathing collaboration.

Eight months have passed by. We made the deadline. But we didn’t win. I have a feeling that no matter what I become and how much ever I achieve, Mod Passe will remain my best design. The outcome was an embodiment of realizing design. Understanding what a cycle meant to a person. Understanding the value of teaming up. Understanding the unexplained force which kept me going. Having this realization in a world where design is becoming a major tool to commercialize and compete, was very important, because not only a design but even a designer needs to have a set of principles. It was no teacher, no book or no design, but this outcome which taught me.

Mod Passe is pure love, and pure intension. The final design is as raw as measuring a cycle with a 15 centimeters scale, but has something so inexplicable about it. It breathes.

I’d like to thank Jomy Joseph for making this possible. We both knew that we had tons of assignments to miss, a couple of professors to piss and overload our puny heads. But we went through with this. Without a single second thought.

Here are some photographs showing the development process. Take your time. 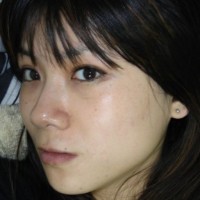 Technology enhancing the way we sense the world

So much to read, So much to say
Capricious Living
Tina's Art